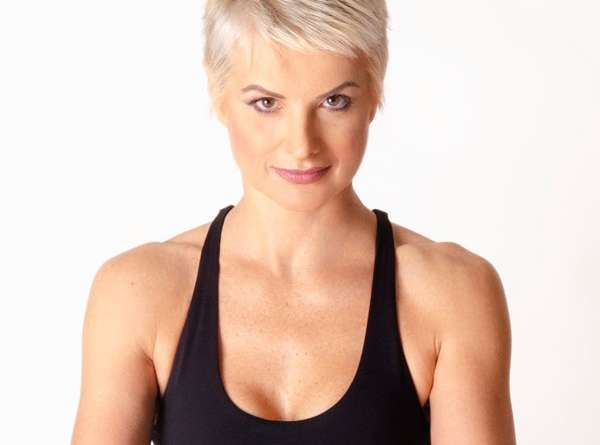 Austrian-born, as a teenager she was interested in Yoga without even knowing what Yoga was, where you could do it or even who taught it. In 1996 she took her first actual Yoga class and since then she practiced and studied different yoga styles in NY, London, Berlin, Amsterdam, Bangkok, Bali and Pondicherry in India, focusing on the asanas, sastra (the ancient sacred texts and Sanskrit), pranayama, and meditation. In 2005, her friend and teacher Nives Gobbo introduced her to Jivamuktiyoga and took her to the first international Yoga conference in Germany, where she met Sharon Gannon and David Life. Thanks to them, she finally understood and felt what Yoga was all about, and her love affair with Jivamuktiyoga began. Her experience of having cancer led to the deepening of her personal practice, thanks also to the teachings of Yoga Sutras. For this reason, Jutta always reminds her students of the meaning of Yoga practice, and to apply the Yoga teachings to the world we live in today. With the support of her husband and her two sons, she was able to attend the International Jivamukti Teacher Training in Rhinebeck in May 2011. She started to teach Jivamukti Yoga on a regular basis in June 2011 in Rome and she is the first and only Advanced Certified Jivamuktiyoga Teacher in Italy. She regularly organises workshops and retreats, teaching at Yoga events in Italy and abroad, as well as assisting international teachers. She teaches in four languages (Italian, English, German, French).

Where Are You Going?

Across The Island Of Gods – BALI ONLY

Across The Island Of Gods